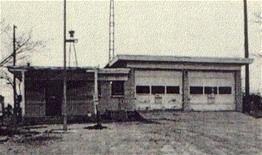 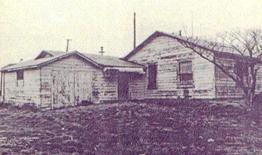 Incorporation of the City of Watauga, TX

The petition for incorporation was filed, approved and ordered on September 24, 1958. The City of Watauga was incorporated on October 11,1958 after an election.

Many years prior to settlers, Cherokee Indians first settled in Watauga, meaning village of many springs. They were in search of the bountiful game, fertile fields, and clear spring waters. Around 1843, hardy settlers from Tennessee first arrived in the village. Among some of the first settlers were: W.A., Margaret and James Walker, Jane Weir, Willie Potts, William, Samuel, Martha and Nancy Evins, William, Julia and Mary Carlton, Syrena Stowel and Sarah Henderson. Thankful for the rich farmland and abundant fish and game, and aware of their dependence on God, the early settlers organized the first Church in Watauga, the Willow Springs Presbyterian Church on December 14, 1867. In 1972, a state historical marker was presented to designate the Church’s historical recognition for serving the Lord for over one hundred years. 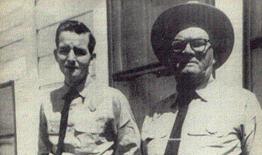 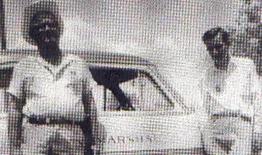 In 1876, the railroad came to Texas, linking the two coasts for transporting people and cattle to the Fort Worth area. In 1930, the Watauga depot stop was moved to Hodge, causing growth to be at a standstill. In 1940, the population was 50. In 1964, population was 300. December 6, 1958, a pie supper was held, (chili pie, cards, black pepper, and vanilla extract was sold) to raise funds for a volunteer fire department. On June 10, 1959, the first department was organized, electing as Fire Chief L.C. Sanders, Assistant Chief Edgar Ross, Day Captain L.C Sanders, Night Captain Mr. McAdoo, and Lieutenants Jack Phillips and Neil Cypert.

On January 19, 1980, the citizens by an election, adopted a Home Rule Charter and incorporated into this self-governing charter was a mini proposition 13, implemented by the former Mayor, Noel Meadows. In June 1980, a new Municipal Complex was opened, in honor of Merle Caudle, Fire Chief, "For devotion and dedication and giving of his supreme sacrifice." More than 24,000 people now enjoy the peaceful, friendly atmosphere away from the hustle and bustle of the big city. Watauga is easily accessible to downtown Fort Worth, Dallas/Fort Worth Airport, General Dynamics and Bell. 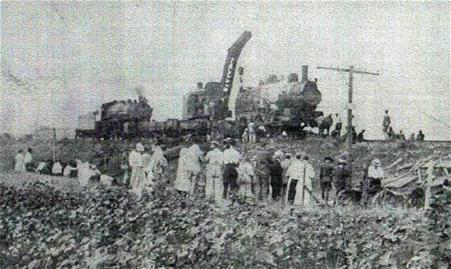 In 1877, the first Texas and Pacific Railroad Line came through the settlement known as Watauga, which served as a service stop for trains before they reached Fort Worth. The settlers were eager to have the depot built here, so they attempted to change the town's name to Edwards, in honor of a railroad foreman, hoping that this would persuade him to build the depot here. The train depot was built here, but the town was officially called Watauga by the railroad.

The depot represented growth and prosperity for the community. Now Watauga was connected to Fort Worth and the rest of the country by railroad. The fare to ride the train into Fort Worth was about 25 cents, and the trip took about one hour, if the weather was good.

In 1909, the train depot burned to the ground. It was 1911 before the depot was rebuilt, and it was enlarged with cattle pens. There was a row of section houses for the train crew along the tracks. Union Pacific records indicate that the depot was a one-story frame passenger and freight depot with a metal roof.

Marie Cade was the depot's telegraph operator. She started her job at the age of 15 and knew Morse Code. Her father, Andrew Cade, was the depot agent in Watauga for many years until the depot was closed. The train dispatchers would often say, "There's nobody like Marie Cade."

The "Great Watauga Train Wreck" occurred in 1917. According to Marie Cade Wathall, who was working as the telegraph operator that night, a Katy freight train had stopped on the tracks near Big Fossil Creek Bridge. Dispatchers at the Cotton Belt Crossing sent a warning down the line that there was a train standing near Big Fossil Creek and for all trains to wait. A Katy passenger train did not heed the warning, and the two trains hit head on. A fireman was killed when he jumped from the train down a steep embankment in an effort to avoid the collision. Both trains were knocked off the tracks. All of Watauga, young and old, came to help in any way possible. They searched for injured, called for assistance, and brought buckets of water to put out the grass fires started by the wreck. Several authentic photos still exists of the train wreck cleanup showing cranes lifting damaged engines from the embankment. You can see the towns folk, in their early 20th century clothes, watching the progress in the pastures.

In 1929, the railroad depot was retired from service, according to Union Pacific records. The depot was moved to Hodge causing growth to come to a standstill in Watauga. Hodge was a town in Fort Worth, north of the Stockyards. The depot was placed on Premier Street in Hodge until the mid-1960s when it was destroyed.

The train depot brought life to Watauga and then took it away after the depot closed. Watauga dwindled to a small town of 300-400 people, mostly farmers, from the Depression and through World War II. There are hopes that Watauga can recreate the depot and regain a piece of its history. 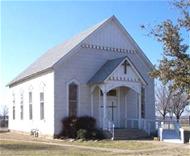 The 130 Year History of the Watauga Presbyterian Church

Once you step inside this frontier church, you can relive what it felt like to worship God 100 years ago. You may wonder which pioneer family occupied this pew and held this vintage hymnbook. The simple scripture readings, repetition of favorite hymns, and heartfelt sermons gave our ancestors the strength and spiritual guidance to forge new lives.

The Willow Springs Cumberland Presbyterian Church was formed by 13 settlers in 1867. Services were held at Willow Springs, located along Wright’s Branch of Big Fossil Creek, and at area farm houses with a circuit preacher. It became the Watauga Cumberland Presbyterian Church in 1885. The present church building was completed in December 1893 costing $1,893. It was dedicated by Rev. J.W. Martin, who came on horseback from Fort Worth, and preached the dedicatory sermon from 1 Kings 9:3.

The beauty of this historic church remains with its simple furnishings. The original curved pews, constructed with wooden pegs, were designed for the ladies’ hoop skirts of the 19th century and are kept today in Prince Hall, next door. The chapel has a hardwood floor, a carved wooden lectern on a raised platform, and two beautiful stained glass windows with a single dove in each.

An antique pump organ, hand built more than 100 years ago, still has its prominent place to the right of the lectern. Behind the lectern is a framed picture of our Lord, whose kind eyes seem to follow you wherever you go. There are 10 tall castle-like windows still containing the wavy glass used a century ago that would catch and carry the breeze before air conditioning was invented. One ceiling fan stirs the air while resident hornets occasionally buzz by. In the winter, a wood-burning stove was positioned in the center aisle to warm the hearty believers.

Outside the frontier church stands an historical marker naming the courageous families who founded the church when there was nothing but acres of prairie land. Along side of it sits the old farm bell donated by descents of the Keating family, one of the first handful of pioneers to settle in Watauga. On Sundays, the iron bell can be heard clanging as the current youngsters at the church take turns pulling and tugging on its handle to remind neighbors that the preacher has arrived.

May they always be aware of Thy sustaining power and be effective witnesses that cause Thy church to grow more and more. Cleanse us from our secret faults, forgive our sins that we may draw near to Thee in lowliness and meekness. Give us alert minds and clearer visions to work more in our church and may the spirit of love and fellowship here tonight continue in our lives for Jesus’ sake. Amen.

Officers in the church at the time of dedication were S.D. Penney, H.C. Johnson, J.W. Davis, W. H. Walker, and Mrs. L.Z. Haley.