Create an Account - Increase your productivity, customize your experience, and engage in information you care about.

The budgeting process in Watauga begins each year with a City Council Strategic Goal workshop in order to align the City’s strategic initiatives with City Council and citizen priorities.

The City Charter mandates that a proposed budget be filed by the City Manager to the City Council and City Secretary’s Office no later than August 1st for the new fiscal year beginning October 1. The process leading to the budget adoption is participatory and includes a communications plan that encourages input from citizens, boards, City departments, and the City Council.

The budget presents revenues and expenditures from each of the City’s funds.   From there, it is discussed during City Council Work Sessions and Public Hearings are held on both the budget and tax rate. 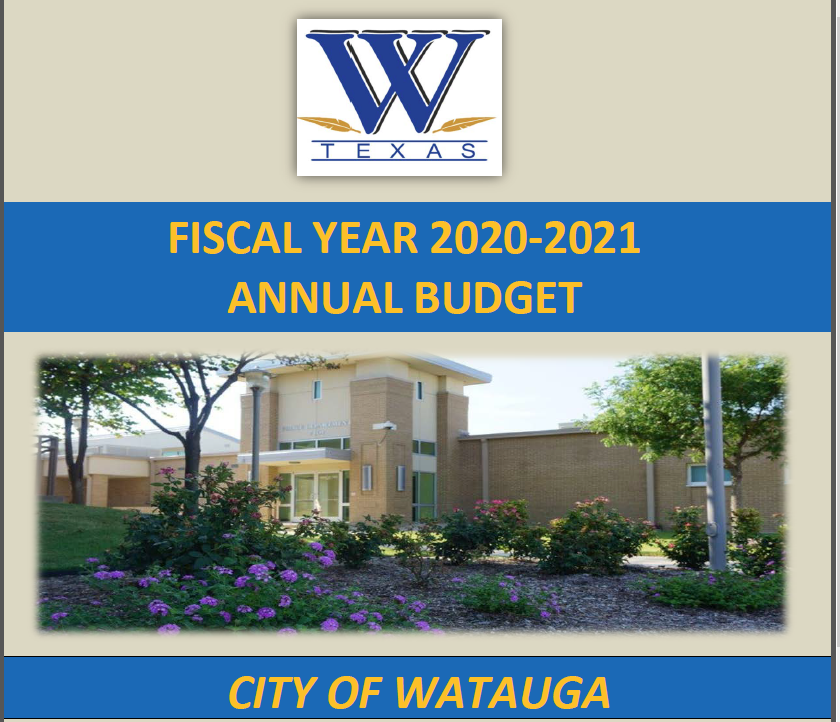 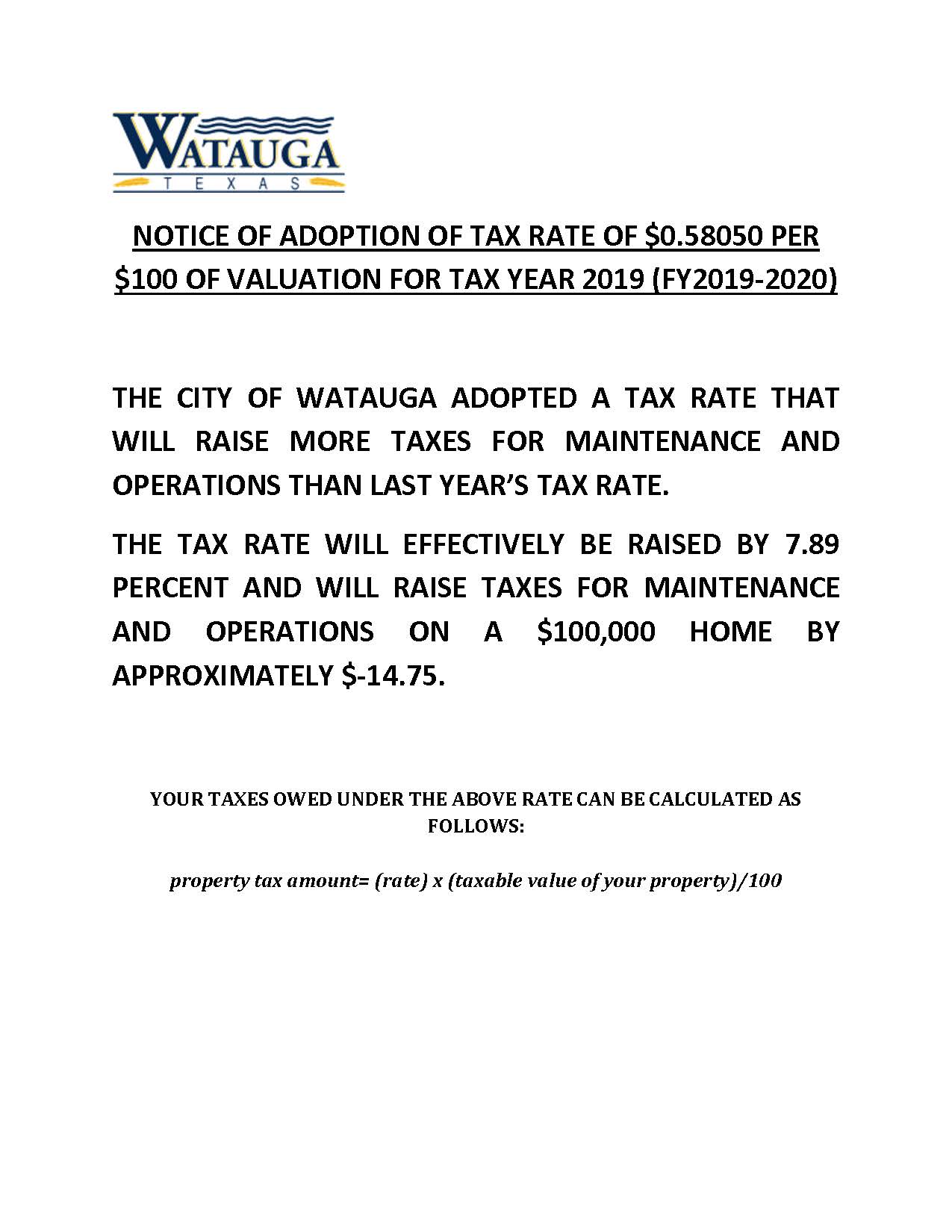 Please note that budget documents are large and may take a few minutes to download.

Most Recent Budget Document | View All